The furniture forms, “cabinet on stand” and “game table” are the vehicles I’ve referenced in my work thus far. The two forms allow physical interaction with the user and express the dissimilarity that exists between the exterior architectural features and the vibrant engaging images of the hidden facade that is discovered when opened.

When first viewed, the furniture presents a stoic, physically imposing impression. The shapes and symbols used in the construction are drawn from manmade structures including wooden utility poles, electrical towers, bridges and industrial sites that are part of our everyday landscape. The door or top geometric parquetry images serve to entice the viewer to open them to discover what’s inside.

The doors or tops open to reveal an active, vibrant, and inviting display. The architectural features of the exterior design have been used to create different perspective’s using marquetry images. Satellite views from space, cities, commercial sites, subdivisions, highway interchanges and airports are typical images incorporated into the marquetry. The interior images are meant to surprise and ultimately engage the viewer in the complexity of the detail. 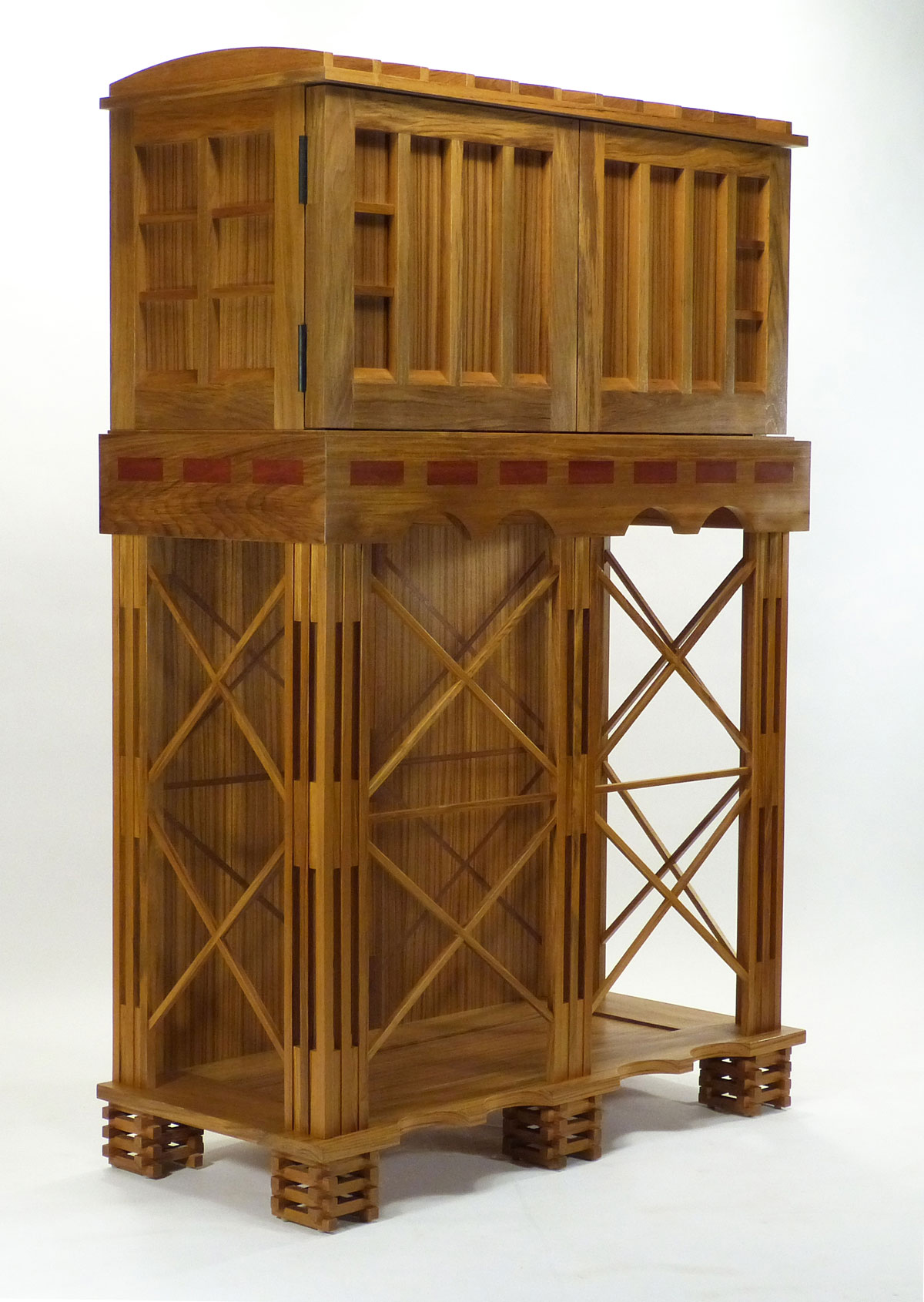